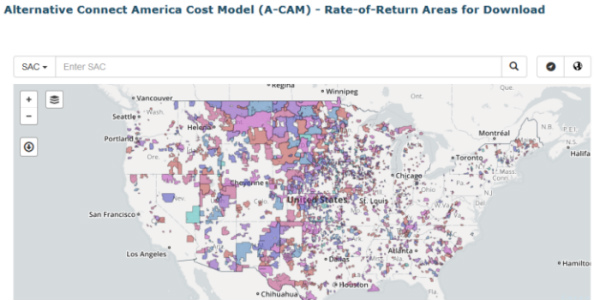 The FCC has released a Public Notice announcing that the Wireline Competition Bureau (Bureau) has authorized 171 rate-of-return companies that elected 184 offers of Alternative Connect America Cost Model (A-CAM) II support to receive model-based support. Specifically, the Bureau’s just-released Authorization Report 6.0 shows the authorization amount and deployment obligations for each carrier that elected an offer. The newly-announced authorizations will provide support for a 10-year period beginning January 1, 2019. Collectively, these 171 carriers are obligated to provide at least 25/3 Mbps service to over 363,000 locations, including over 37,000 locations on Tribal lands. Additionally, the Public Notice directs USAC to obligate and disburse the annual support to the accepting carriers. The A-CAM Model II support authorized totals $491,442,713.67 per year and $4,914,427,136.70 over the full 10-year term. Furthermore, 35 of the 171 carriers are set to receive less A-CAM Model II support in 2019 than legacy support in 2018, and to the extent any of those carriers have received legacy support thus far in 2019, that amount will be offset against the A-CAM Model II support. Finally, the Bureau reminds all A-CAM Model II carriers “of their requirements related to tariffs”, the need to exit the NECA Common Line Pool, and their build-out and reporting obligations.