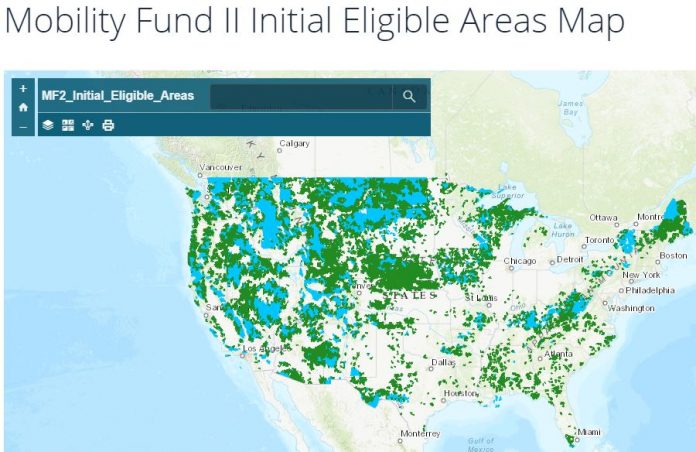 The FCC Rural Broadband Auctions Task Force (Task Force) and other bureau and office staff wish to publicly release certain mobile broadband coverage data that had been submitted to the FCC as part of the challenge process of the now defunct Mobility Fund Phase II (MF-II). Pursuant to the MF-II challenge process, mobile broadband service providers were required to submit 4G LTE coverage data as part of a one-time data collection that called for (among other things) propagation modeling software, spectrum band or bands, bandwidth, clutter factor categories, and signal strength. Over 50 mobile service providers participated in the process, and FCC staff generated an initial map of areas presumptively eligible for MF-II support based on the coverage data. The maps would show aggregate 4G LTE coverage and would not detail a provider’s complete and current mobile broadband coverage. Parties have until February 27, 2020 to file an objection if they do not want their coverage data to be publicly released. If the FCC receives no objections, then it will publicly release the MF-II coverage data on March 2, 2020.