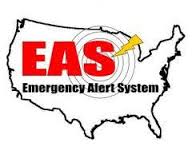 The FCC’s Public Safety and Homeland Security Bureau has released a public notice announcing that the FCC, together with FEMA, will conduct a nationwide test of the Emergency Alert System (EAS) on Wednesday, September 28, 2016 at 2:20 p.m. EDT.  All EAS participants are required to participate in the nationwide test.  A secondary test date, if necessary, is scheduled for Wednesday, October 5, 2016.  The test message, which will be transmitted in both English and Spanish, will clearly state that the alert is only a test of the EAS and will include both audio and a video text-scrawl if applicable.  The FCC has previously announced that the nationwide test will capture and analyze results using the EAS Test Reporting System (ETRS).  All EAS participants must register for the nationwide test by August 26, 2016, file “day of test” preliminary results before 11:59 p.m. EDT on September 28, 2016, and file detailed “post-test” data south by ETRS on or before November 14, 2016.