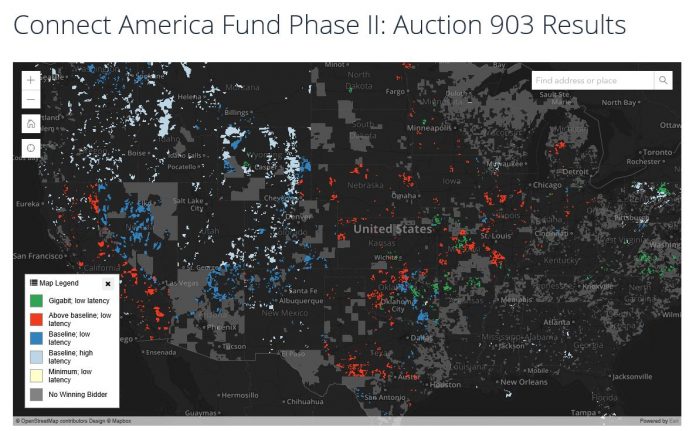 The FCC’s Wireline Competition Bureau (WCB) has released a Public Notice announcing that it has delayed the initiation of the Connect America Fund (CAF) Phase II post-auction process to “adjust the deployment obligations and support of authorized auction winners when the total number of actual locations in eligible areas is less than the number of funded locations.” On August 28, 2018, the Commission concluded its CAF Phase II auction (Auction 903) which awarded funding to deploy broadband to over 713,000 locations in 45 states. Earlier that same year, the Commission adopted an Order on Reconsideration that, among other things, required Auction 903 winning recipients to submit to the FCC within one year of the conclusion of Auction 903 a list of locations in a winning market that actually qualified for funding if they differed from what was identified before Auction 903 commenced. Essentially, if the WCB concluded there are no additional locations in a relevant census block, it could adjust the support recipient’s required “state location total” and reduce that support on a pro rata basis.  According to the Public Notice, the filing deadline has been delayed “until further notice.”