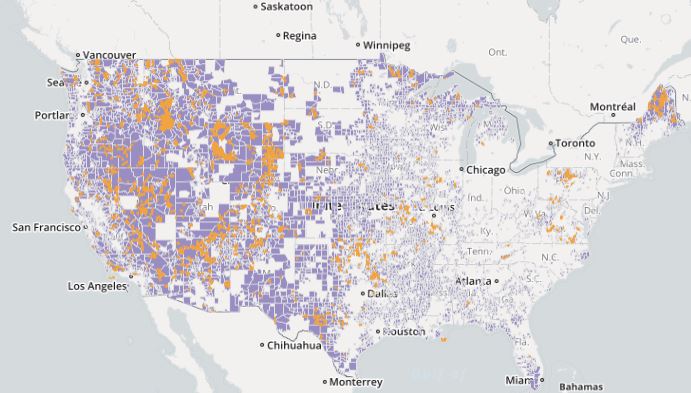 The FCC has approved 220 applicants to participate in the July 24, 2018 Connect America Fund (CAF) Phase II auction (Auction 903) for long-term high-cost support for voice and broadband services in fixed locations.  277 applicants had submitted short-form applications in March 2018 with 57 of those deemed as non-qualified.  Various educational events are scheduled for the weeks leading up to the auction and include an online tutorial (June 29), a live workshop (July 9) and a mock auction (July 18-19).  The FCC reminds all applicants—both qualified and non-qualified—that they remain subject to the FCC’s gag rule on prohibited communications.

In conjunction with the announcement of qualified bidders, the FCC’s wireline and wireless bureaus and Rural Broadband Auction Task Force (Bureaus) disposed of various petitions from Auction 902 applicants seeking waivers of various eligibility requirements. The Bureaus granted several petitions to allow late-filed FCC Form 477s as evidence of an applicant’s experience offering voice and/or broadband services; however, the Bureaus denied a petition from another applicant seeking auction eligibility that had not filed the requisite FCC Form 477s for the relevant eligibility period. The Bureaus also denied a petition seeking a waiver of the requirement for certain non-service provider applicants to submit audited financial statements for a lack of demonstrated special circumstances.