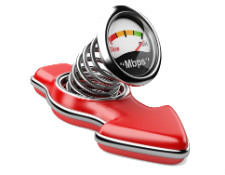 The FCC has denied Blanca Telephone Company’s petition for reconsideration of the Commission’s decision not to adopt a “shot clock” for data roaming negotiations.  The FCC denied Blanca’s petition, finding it failed to show a material omission or error in the Commission’s Data Roaming Order, which established the FCC’s data roaming rules.  In the Data Roaming Order, the Commission found that by not imposing a shot clock, the FCC provided companies with the appropriate negotiating flexibility while allowing carriers to seek FCC intervention on a case-by-case basis if a particular negotiator was unduly delaying a particular negotiation.  The FCC rejected Blanca’s argument that smaller carriers face undue burdens because they lack bargaining power when negotiating with nationwide carriers and the FCC’s rules require these small carriers to prove the need for a time limit in their negotiations with larger carriers.