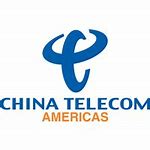 The U.S. Department of Justice has announced that a collection of Executive Branch agencies (including the DOJ, U.S. Trade Representatives, and Departments of Homeland Security, Defense, State, and Commerce) have unanimously recommended that the FCC revoke and terminate China Telecom (Americas) Corp.’s authorizations to provide international telecommunications services to and from the United States.  China Telecom is the U.S. subsidiary of a People’s Republic of China (PRC) state-owned telecommunications company, and it obtained the authorizations in 2007.  The recommendation was based on a multitude of factors, including “the evolving national security environment since 2007 and increased knowledge of the PRC’s role in malicious cyber activity targeting in the United States,” the issuance of “inaccurate statements by China Telecom to U.S. government authorities,” and “concerns that China Telecom is vulnerable to exploitation, influence, and control by the PRC government.”   FCC Commissioner Brendan Carr released a statement welcoming the Executive Branch joint recommendation and looking forward to working with his FCC colleagues “to act on this recommendation and to further secure America’s networks from bad actors” that would do harm to the U.S.