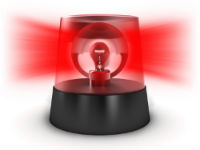 The Federal Communications Commission (FCC) Office of Inspector General (OIG) has released an advisory letter to alert Lifeline carriers, carrier agents, consumers, and the public regarding pervasive, fraudulent practices that violate program rules and divert monies from the intended beneficiaries of the program. This follows a May 2017 report from the Government Accountability Office (GAO) following a three-year audit of the Lifeline program that determined several significant risks that needed to be addressed and was unable to confirm whether 36% of Lifeline subscribers qualified for the program. The report also identified more than 6,000 individuals receiving Lifeline benefits who were previously reported as deceased to the Social Security Administration.  The letter releases findings by the OIG in its joint investigations with the US Attorney’s Offices for the Southern District of New York and Western District of Oklahoma, showing violations such as manipulation of subscriber enrollment information (i.e., name manipulations and address manipulation) and submission of non-qualifying program documents.