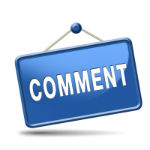 The FCC has released a public notice acknowledging the newly published ANSI C63.26-2015 technical standards and seeking comment on incorporating ANSI C63.26 into the Commission’s rules, by reference, as part of an open rulemaking proceeding that addresses equipment authorization.  The Commission had previously released a notice of proposed rulemaking in August of 2015, while the ANSI C63.26 standard was still pending formal approval, that examined ways to update and modernize the rules and procedures associated with equipment authorization of radio-frequency devices.  Specifically, the public notice covers the procedures for testing a wide variety of licensed transmitting equipment, including but not limited to transmitters operating under Parts 22, 24, 25, 27, 90, 95 and 101 of the FCC Rules, transmitters subject to the general procedures in Part 2 of the FCC Rules, and procedures for transmitters not covered in the FCC Rules.  The standard also addresses specific topics such as ERP/EIRP, average power measurements, and instrumentation requirements. ANSI C63.26 was formally adopted and published on January 15, 2016.  Comments are due fifteen days after publication of the public notice in the Federal Register, and reply comments are due twenty-five days after publication of the public notice in the Federal Register.