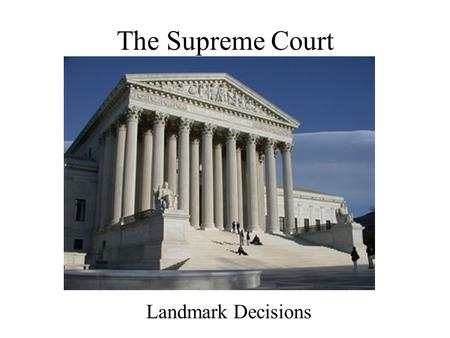 In a landmark 5–4 decision, the Supreme Court of the U.S. (Court) has reversed the decision of the U.S. Court of Appeals for the Sixth Circuit holding that generally, the government’s acquisition of cell site location information (CSLI) is a Fourth Amendment search that requires a warrant. The case stems from the conviction of Timothy Carpenter of a series of robberies where Law Enforcement (LE) obtained court orders to obtain 127 days of historical CSLI records showing Carpenter in the locations of the robberies at that time they occurred. Carpenter moved to suppress the data, arguing that the government’s seizure of the records without obtaining a warrant supported by probable cause violated his Fourth Amendment rights. LE argued that Carpenter lost his right to privacy in the CSLI because he voluntarily turned the records over to third parties. The lower district court denied Carpenter’s motion, and LE used the CSLI records to support a conviction. The Sixth Circuit affirmed, finding that Carpenter lacked a reasonable expectation of privacy in the CSLI collected because he shared that information with his wireless carriers, and thus under the third-party doctrine, the CSLI amounted to business records not entitled to Fourth Amendment protection.

In an opinion authored by Chief Justice John Roberts, the Court states that the issue of personal location information maintained by a third party lies between two existing lines of precedent, the first addressing a person’s expectation of privacy in his physical location, and the other addressing a person’s expectation of privacy in information voluntarily turned over to third parties. As to physical location, the Court asserts that historical cell-site records present even greater privacy concerns than GPS monitoring because such records give the government near perfect surveillance allowing it to retrace a person’s whereabouts. As to the voluntary disclosure to a third party, the Court states that cell phone location information is not truly shared because cell phones log a cell-site record automatically without any affirmative act of the user. “In light of the deeply revealing nature of CSLI,” Chief Justice Roberts writes, “its depth, breadth, and comprehensive reach, and the inescapable and automatic nature of its collection, the fact that such information is gathered by a third party does not make it any less deserving of Fourth Amendment protection.” The Court’s opinion is 119 pages, with Justices Ruth Bader Ginsburg, Stephen Breyer, Sonia Sotomayor and Elena Kagan joining the majority opinion. Separate dissenting opinions were written by Justices Anthony Kennedy, Clarence Thomas, Samuel Alito and Neil Gorsuch.