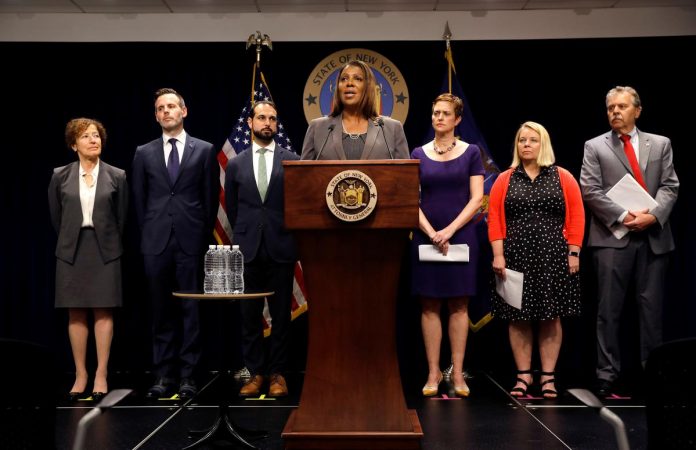 Nine states and the District of Columbia have moved to block T-Mobile’s and Sprint’s plan to merge into a single wireless carrier (New T-Mobile), filing a lawsuit in the District Court for the Southern District of New York that alleges the proposed merger would hurt competition in the wireless market and result in increased prices for consumers and thousands of lost jobs.  The filing of the lawsuit was announced by New York Attorney General Letitia James during a New York City press conference that included representatives from other industry groups and merger opponents, including the Communications Workers of America and the Rural Wireless Association.

The lawsuit comes after the three Republican members of the Federal Communications Commission (FCC or Commission) publicly announced their support for the proposed T-Mobile/Sprint merger on May 20, which came as the result of the carriers proposing several merger conditions, including the divestiture of Sprint’s prepaid Boost Mobile brand, a three-year pricing commitment, and a 6-year rural 5G buildout commitment.  However, numerous consumer groups, telecommunications companies, labor unions, trade associations, and politicians have criticized these conditions, asserting that they are based on unsubstantiated, vague promises that will not protect consumers from the harms a three-carrier wireless market would bring.  The FCC has not yet formally voted on the T-Mobile/Sprint transaction, and the Department of Justice, whose approval is also required for the transaction to proceed, has not issued its decision.