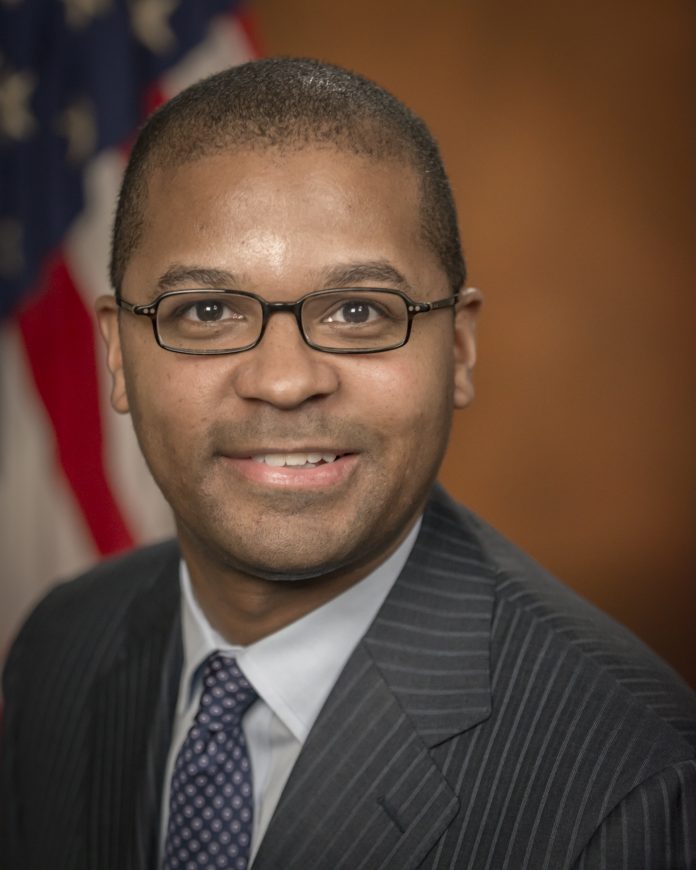 During its January 2019 open meeting held earlier today, Geoffrey Starks was sworn in as the FCC’s most recent Commissioner, joining Chairman Ajit Pai and fellow Commissioners Jessica Rosenworcel, Michael O’Rielly, and Brendan Carr. Commissioner Starks was nominated by President Donald Trump in June 2018 to replace outgoing Commissioner Mignon Clyburn and confirmed by the U.S. Senate earlier this month. Earlier today, Commissioner Stark released statement announcing his staff. Among those individuals accepting positions in his office are the following:

Daudeline Meme, Acting Chief of Staff and Acting Legal Advisor for Wireless and International. Ms. Meme most recently served as Deputy Chief in the International Bureau’s Telecommunications and Analysis Division, and prior to that, served as Commissioner Clyburn’s Legal Advisor for Wireless, Public Safety, and International issues. Earlier in her FCC career, Ms. Meme acted as Chief of Staff of the Enforcement Bureau and assisted former Chairman Tom Wheeler.

Michael Scurato, Acting Legal Adviser for Media and Consumer Protection. Mr. Scurato most recently served as Special Counsel for the Chief of the Enforcement Bureau, and prior to that, served as Legal Advisor for Commissioner Mignon Clyburn. Before joining the FCC, Mr. Scurato was Vice President of Policy at the National Hispanic Media Coalition.

Randy Clarke, Acting Legal Advisor for Wireline and Public Safety. Mr. Clarke most recently served as FCC counsel to the Senate Committee on Commerce, Science, and Transportation. Prior to his work in the U.S. Senate, Mr. Clarke held various positions in the FCC’s Wireline Competition Bureau, including as Acting Deputy Chief. Earlier in his career, Mr. Clarke served as Assistant Attorney General for the State of Illinois.

Renee Coles, Acting Confidential Assistant. Ms. Coles has worked at the FCC for over 13 years, including as Staff Assistant to Commissioner Michael Copps and within the agency’s Human Resources Department as a Specialist in Payroll and Benefits.