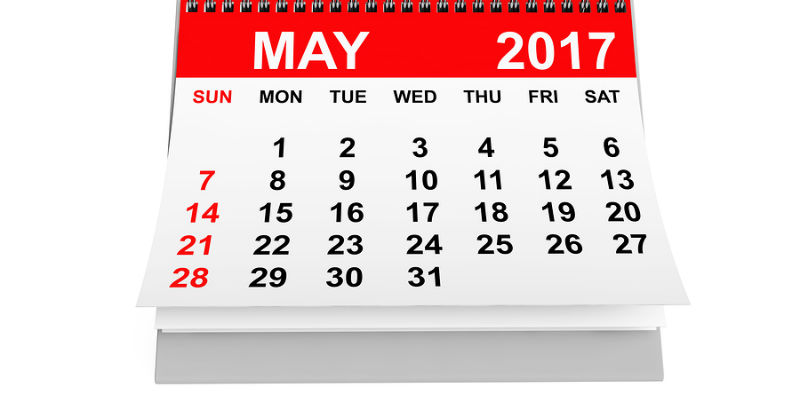 The FCC has announced the tentative agenda for its next open meeting, scheduled for May 18, 2017.  Continuing the Chairman’s pilot program, the Commission is publicly releasing the draft text of all six matters that are expected to be considered at the May Open Meeting, along with one-page cover sheets summarizing each item.  All of these materials will be available here.

Satellite Earth Stations in Motion: The Commission will consider a Notice of Proposed Rulemaking (NPRM) that would both facilitate the deployment of and reduce regulatory burdens on the three types of Fixed-Satellite Service earth stations authorized to transmit while in motion: Earth Stations on Vessels, Vehicle-Mounted Earth Stations, and Earth Stations Aboard Aircraft.

Part 95 Reform: The FCC will consider a Report and Order that would amend provisions of the Personal Radio Services rules in Part 95 in order to address two Petitions for Rulemaking, update and modernize various rules to reflect current uses and technologies, remove outdated regulatory requirements, and reorganize the rules to make them easier to read and understand.

Modernization of Media Regulation Initiative: The FCC will consider a Public Notice that would initiate a review of the Commission’s rules applicable to media entities and seek comment on what rules should be modified or repealed.

Proposed Elimination of Main Studio Rule: The FCC will consider a NPRM that would eliminate the Commission’s main studio rule, based on a tentative finding that the rule is now obsolete and unnecessarily burdensome for broadcast stations.

Restoring Internet Freedom: The Commission will consider a NPRM that would restore the Internet to a light-touch regulatory framework by classifying broadband as an information service and by seeking comment on the existing rules governing ISPs’ practices.

Connect America Fund: The Commission will consider a NPRM that would eliminate a rule requiring rural telecommunications service providers receiving USF support to impose higher minimum monthly rates on their customers than the rates paid by some of their urban counterparts, or otherwise lose some USF support. The Commission will also consider a related Order that would freeze the current rate.

The meeting is scheduled to start at 10:30 am, and will be streamed live at www.fcc.gov/live.