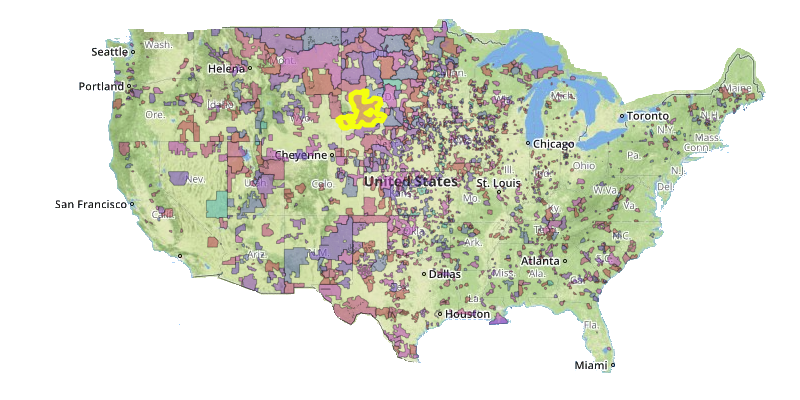 The FCC’s Wireline Competition Bureau (Bureau) has released an online, publicly-accessible map of rate-of-return study area boundaries and related geographical information that will be incorporated into the next version of the Alternative Connect America Cost Model (A-CAM). The A-CAM – currently in version 1.0.1 – is a cost model that is being developed for use by rate-of-return carriers that voluntarily elect to transition to a system in which they receive model-based high-cost universal service fund (USF) support, if the FCC ultimately adopts such a process. The A-CAM models forward-looking economic costs of deploying and operating a fiber-to-the-premise (FTTP) network, and is fundamentally the same cost model as CAM 4.2 – the model that will be used to distribute USF support to price cap carriers in Phase II of the Connect America Fund. The recently released service area map is based on study area and boundary exchange data that were submitted by rate-of-return local exchange carriers and certain state utility commissions. A number of modifications were made to the data in order to ready it for use in the A-CAM modeling process. The A-CAM service area map is available at http://www.fcc.gov/maps/acam-ror-sa-map. A copy of the Bureau’s “A-CAM Service Area Development Process” white paper is available from the FCC’s rate-of-return carrier resource page.