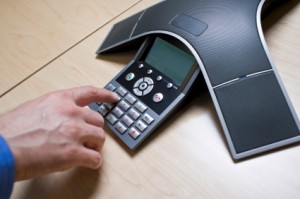 The FCC has released an Order addressing intercarrier compensation (ICC) recovery rule waiver issues that were the subject of several petitions.  Though the Order largely denied the waiver requests of several rate-of-return incumbent LECs that would allow them to adjust their recovery calculations, it granted one waiver request by Emery Telcom (Emery) as having shown good cause for a waiver and also addressed a related waiver issue pertaining to the imputation requirement.  In particular, the FCC found that Emery had taken all reasonable steps to correct certain billing errors that were beyond Emery’s control and to collect all outstanding amounts prior to the applicable March 2012 base period revenue (BPR) deadline.  In addition, the FCC has waived for Emery and certain other carriers the imputation requirement of its ICC recovery rules in certain circumstances in order to afford full recovery relief consistent with FCC precedent.  Without this imputation rule waiver, Emery could not recover the higher-than-previous access recovery charge (ARC) rates that it is entitled to receive because carriers generally are precluded from assessing higher ARC rates retroactively for prior periods.